Why Should You Declare Your Nationality? 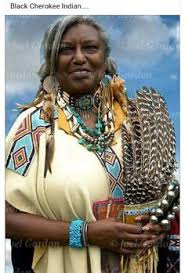 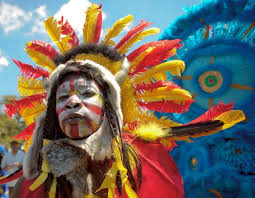 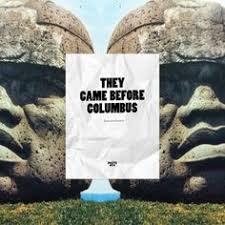 TOP 10 REASONS TO DECLARE YOUR NATIONALITY

Here is some of the information that motivated me to keep on seeking. When I was ready the information started coming to me and it’s still coming. It’s just the tip of the iceberg.

It seems none of us have our original Birth Certificates -- they are all copies. And the copies have a serial number on them, issued on special Bank Bond paper and authorized by "The American Bank Note Co." Huh? 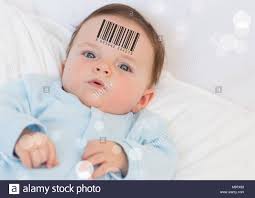 ABCorp (American Banknote Corporation) is an American corporation and world leader providing secure payment, retail and ID cards, vital record and transaction documents, systems and services to governments and financial institutions - and is one of the largest producers of plastic transaction cards in the world. The ABCorp organization was originally a major worldwide engraver of national currency and postage stamps.

On April 29, 1858, following the Panic of 1857, seven of the nation’s most prominent security printers merged to form the American Bank Note Company. The new company made New York City its headquarters. Less than two years later, the remaining handful of independent bank note printers merged to form the National Bank Note Company that we know of today.

To be close to the stock exchanges, brokerage firms, and banks in lower Manhattan, the American Bank Note Company established its New York City.

The first paper currency was circulated by the US Treasury Department following the outbreak of the Civil War. Congress passed authorizing legislation for $60 million worth of these “Demand Notes” on July 17 and August 5, 1861. Under contract with the government, the novel paper money, called “greenbacks” by the public, was produced by the American Bank Note Co. and the National Bank Note Co. A total of 7.25 million notes were produced in denominations of $5, $10, and $20. In an interesting historical sidelight, American and National were also producing paper money for the Confederacy at the same time.

Following the initial production of U.S. currency by the government’s Bureau of Engraving and Printing in 1862, ABCorp sought a new source of demand for its services. They found it in foreign lands. The company would eventually go on to supply security paper and bank notes to 115 foreign countries.[2]

The truth is stranger than fiction. But here it is:

It seems that by 1913 the United States was short of cash. World War I had depleted the treasury and there were several really bad financial panics -- in 1907 especially -- so the country needed to print more money than it had as equity to restore confidence in the money supply and get the economy back on its feet.

How Can they do this? Great question?

You see; when you or I need more money, we use something as collateral and go to a bank for a loan. When a country needs more money, it has to go somewhere also. But in 1913 there wasn't anywhere to go. So, the US created the Federal Reserve Act. This established a private central bank (The Federal Reserve Bank) that would regulate the amount of money the US government was allowed to borrow and put in circulation. It also would expect to be repaid, like any bank, with interest.

After only 20 years things went from bad to worse. During Franklin D. Roosevelt's presidency, in 1933, the US was unable to pay its debt. The county was bankrupt. The private banks that made up the Federal Reserve demanded their money and Roosevelt responded. He had to use the only thing left of any value to pay the banks and continue doing business with them -- the citizens of our country. That’s right, you and me!

Exactly how all this was orchestrated is too lengthy to be addressed here, but this much can be told. The original birth or naturalization record for every U.S. Citizen is on file in the official records in Washington, D.C. (you get to keep a copy!) and the property and assets of every living U.S. Citizen is pledged as collateral for the National Debt! This means we now have to work to pay back the bad debt our government created.

Within two weeks and three days each Certificate of Live Birth is to be filed in Washington D.C. Evidence reveals that there is even a Federal Children Department established by the Shepherd/Townsend Act of 1922 under the Department of Commerce that appears to be involved in this process in some way. Every citizen is given a number (the red number on the Birth Certificate) and each live birth is valued from $650,000 to $750,000 Federal Reserve dollars in collateral from the Fed.

I said all this to say, “We are slaves.” All of us who are still caught in this matrix or nightmare are literally slaves. Our new current slave leader is Donald Trump. He’s a business man and this is why he’s the perfect mouthpiece for the slavedrivers because the United States is a Corporation not a company!

I will doing a series of lectures on this subject continually, you will be able to listen to them and learn what you can do for yourself and family to get out of this corrupt system.

It’s time to wake up and start taking some control by learning as much as you can. I’ll try and keep it as simple as possible, yet, as thorough as possible. After all, there is a public debt that is subscribed to all Americans from the time we are born and we are all expected to pay it back.

I’ve been doing some studying on what you and I can do to liberate ourselves from the madness while the giant mothership continues to sink. So, stay with me. My goal is to make you aware, to improve the quality of your life, emotionally, spiritually, physically, and now financially.

Feel free to pass on to your friends and family. I am making it public since the information gathered was and is free on the net. Keep checking it out yourself, but if you want to study with a group of likeminded newbies, join me! Click Here for more information!

It's time to WAKE UP! Consider setting some time apart in your week to learn more about these things. Your future depends on it! More than you know.

Is Satan is the God Of This World!

End Times, The Failing Dollar and The New World Order!

The Truth About What I Believe, Pt One